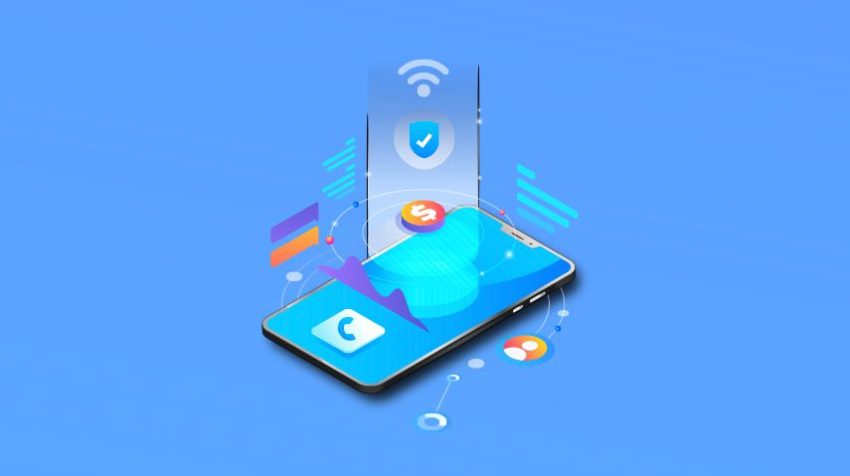 Trends shaping the future of the mobile app market

Technology development has been evolving rapidly of late. Mobile app developers are in constant search of ideas for mobile apps that would make our lives easier, faster, more productive. More than 2.6 million apps on google play market and 2.2 million in the Apple app store. In addition, experts estimate that by 2020 there will be more than 6.1 billion smartphone users worldwide. 80% of mobile traffic will be generated by smartphones by 2020.

1. The Internet of Things will dominate

The number of VR and AR apps is growing steadily. This growth should reach unprecedented heights this year and in future years. As a result, the way people interact with each other will change dramatically in the near future. According to a report prepared by Digi-Capital, mobile augmented reality is set to become a $108 million VR/AR market engine by 2021, with an augmented reality market size of $83 million and VR — $25 million. Virtual reality on the other hand is increasingly associated with the gaming industry and the organization of large-scale events. VR — is already a powerful trend and will continue to grow in the coming years. It will lead to a better user experience using apps and offer large doses of entertainment to mobile game players.

Mobile app security — One of the top issues on the mobile app market. Mobile app developers have shifted their focus to protecting users' personal data and encrypting important user data. More use of smartphones suggests a greater need for mobile app security. And the move towards more security will be a key issue especially for mobile payments, bank accounts, emails, etc.

Messengers are gaining in popularity. Messengers are now even more popular than social networks, and users are beginning to think more about the privacy of correspondence. Top messengers use end-to-end encryption to secure users' personal data. Some messengers have begun to use what is commonly referred to as serverless architecture. Instant messaging applications such as Pinngle are already actively using serverless architecture to provide the highest level of security and protection for users. As the name implies, serverless architecture means that devices send messages to each other directly, without the mediation of any server. This is a relatively new technology, and is expected to be actively used by all popular messengers in the near future.

Cloud apps run on servers instead of devices, making them easier and much more reliable. With this technology, it will be possible to create native apps that will run on any smartphone using a browser without regard to platform or screen size. In the coming years, cloud apps are sure to be used to integrate with smart things, AI-powered apps, and similar services. There is always a need to produce applications that need a lot of disk space to run comfortably. In such cases, the development of applications based on cloud services is inevitable. In addition, cloud-based applications will be much more secure in terms of working in different environments.

Managing finances is easier than ever with the development of high tech in finance. FinTech — shortened from financial technology — software and other technologies that allow banking and other financial transactions. FinTech — One of the fastest-growing industries for venture capitalists and startups. Financial solutions such as mobile banking, investment platforms and cryptocurrencies are becoming increasingly popular and accessible to the general public through financial technology. In addition, there has been a huge jump in remittances through mobile payments and we expect to see further growth in the coming years.

Just like in cabs, there will be rapid growth of applications for on-demand services like laundry, hairdresser services, parking and the like. Such apps will take over the market in the future and thus greatly simplify the lives of their users. Users are already willing to pay a little extra for the simplified and expedited ordering process offered by these apps.

Big Data is one of the fastest growing technologies of the IT sector. More and more apps are moving toward integrating or processing users' big data. Every time you use an application or search for something on the net you create new data. By 2020, 1.7 megabytes of new information will be created every second for every living thing on the planet. Giant companies like Uber are actively using the latest big data technology. Uber's entire model is based on big data, crowdsourcing, and big data analytics to implement the concept of flexible pricing.

We've already seen a massive leap in prototyping and interactive design recently. Designers and developers are expected to come together to generate and use more prototyping tools in the future. It will help to get a better understanding of what the UI should look like and how to use. Artificial intelligence will be used in website and mobile app development. We already have thegrid for websites.io and firedrop.ai. Soon, similar mobile applications will be produced and, in the near future, artificial intelligence will be used for design automation. Such automation is already happening. For example, Zeplin, Figma, and Subform already offer users to automate parts of the design process.

The world is getting smarter with AI, machine learning and deep learning. Businesses get closer to their customers with AI when they use conversation-based commerce. Many popular apps use AI to better understand their customers. For example, Google Translate uses machine learning to improve machine translation quality. Carat app uses machine learning to improve action recommendation algorithms to reduce battery consumption. Babylon health uses Chatbots to allow users to respond to their symptoms 24/7 so they can get quick and accurate medical advice anytime. In future years, companies will spend even more effort creating chatbots to replace humans.

Secure transactions offered by blockchain will be widely adopted in mobile fin. Technologies that require heightened security measures. Recent IBM research shows that 9 out of 10 large public companies plan to invest in blockchain to manage financial transactions, documents, assets, contracts and regulations. Blockchain and cryptocurrencies will continue their victory march into the future. Studies show that 20% of financial tools exchanges in 2020 will use blockchain

Most mobile devices are already equipped with geolocation like GPS. In the future, this trend will continue and more and more apps will offer geolocation-based information to users. Interest in such applications will reach unexpected heights this year. Increased use of geolocation technology is seen in tourism, navigation, security, retail, payment gateways, and other industries.

HDC offers business growth services that will help your company reach new heights. Our internet marketing, SEO, and SEM services are second to none, so call us today to learn more!